The owner of the Honky Tonk cafe. Ban and Ginji always have unsettled tabs with him, and sometimes forces them to work off their debt or refuses to give them food. Paul also happens to be computer-literate, and his past would be revealed in the series.

While he seems to be mostly retired, Paul has a large source of connections and access to hard-to-get information - which only Hevn and a select few others seem to know about. He is friendly towards Ban and Ginji and extremely tolerant of their wacky antics, but gets upset that they often bust up the Honky Tonk and are never able to pay their tab. He is sort of a philosophical father-figure in the series. Later in the manga, it is revealed that Paul, along with Ban's father, were the first generation of GetBackers and they had, in their time, ascended to the top of the Infinity Fortress, even entering Babylon City. However, neither can remember their time there as a result of the seal, which the "stigma" eye gained at that time, placed on the memories of that time. In his fight against Shimon Miroku (the Miroku 7's father), he once reverted back to his younger self (during his days as a GetBacker), when he was stronger physically. But, alluding to the wise words he has given to others, he realized that his true strength lies in the wisdom he has discovered in himself since the time he set up the Honky Tonk. He turned back to his older self, donned his trademark dark glasses, and proceeded to defeat his opponent. It turns out that his dark glasses are completely opaque, forcing him to rely on his "Sixth Sense" to detect his opponent's attacks.

Upon his return to Ura Shinjuku, he set up the Honky Tonk, and handed the name of the Get Backers to 3 youths. His vast network of connections may be through these "second generation" Get Backers, who had passed down the name to Ban and Ginji. Eventually, he had two assistants under him: Natsumi Mizuki and Rena Sendou.

In the anime, Paul's background is revealed in episode 42, and is quite different from the manga. Here, he was once part of a trio of thieves.

Paul controls the winds and this ability, along with his dreadful speed (He was so fast, that Yuuri Kokuchoin, who was manipulating the time stream, couldn't register his movements), earned him the nickname, "Gale Emperor" (疾風の王). Given his off peak condition, he could still beat off Der Kaiser's henchmen easily, something which the GB duo couldn't do initially. During one fight which showcases his top form in his youth, a mere walk from him can generate a vacuum so strong it could cut people like knives and render them unconscious.

Paul Wan is also able to manipulate time and space, and transcend it as well. He can command the flow of time. He can reverse time, which allows him to fight in his prime. At a moment's notice, he can reverse time to his old age, which trades power for wisdom.

Intuition: Paul has the ability to protect his vital organs on his body through this method. Only the outside of his body will be damage, but no internal and series external damage will happen to him. Also, he is able to fight without the uses of his 5 senses, but with instinct alone. With this, he is able to grasp where his opponent is going to attack and how. He is able to see through his opponent's strategies and skill.

The glasses that Paul wear are completely opaque (meaning that he is completely blind while wearing them), forcing Paul to rely on his instincts and experience. He is able to negate all damage done to his inner body. Only the outside of his body will be damage, but no internal and series external damage will happen to him. Ex. He is able to get slashed and stabbed by Shimon's sword and not receive any damage that would injure him. His body may be covered with scars, but all of his vitals points and etc are protected. Also, he is able to fight without the uses of his 5 senses, but with intuition alone. With this, he is able to grasp where his opponent is going to attack and how. He is able to see through his opponent's strategies and skill. Knowing that wisdom is a more powerful weapon than youth and strength he managed to defeat Shimon Miroku, the father of the Miroku 7 and strongest of Der Kaiser’s guards. 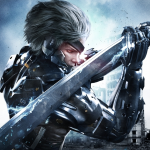 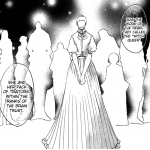